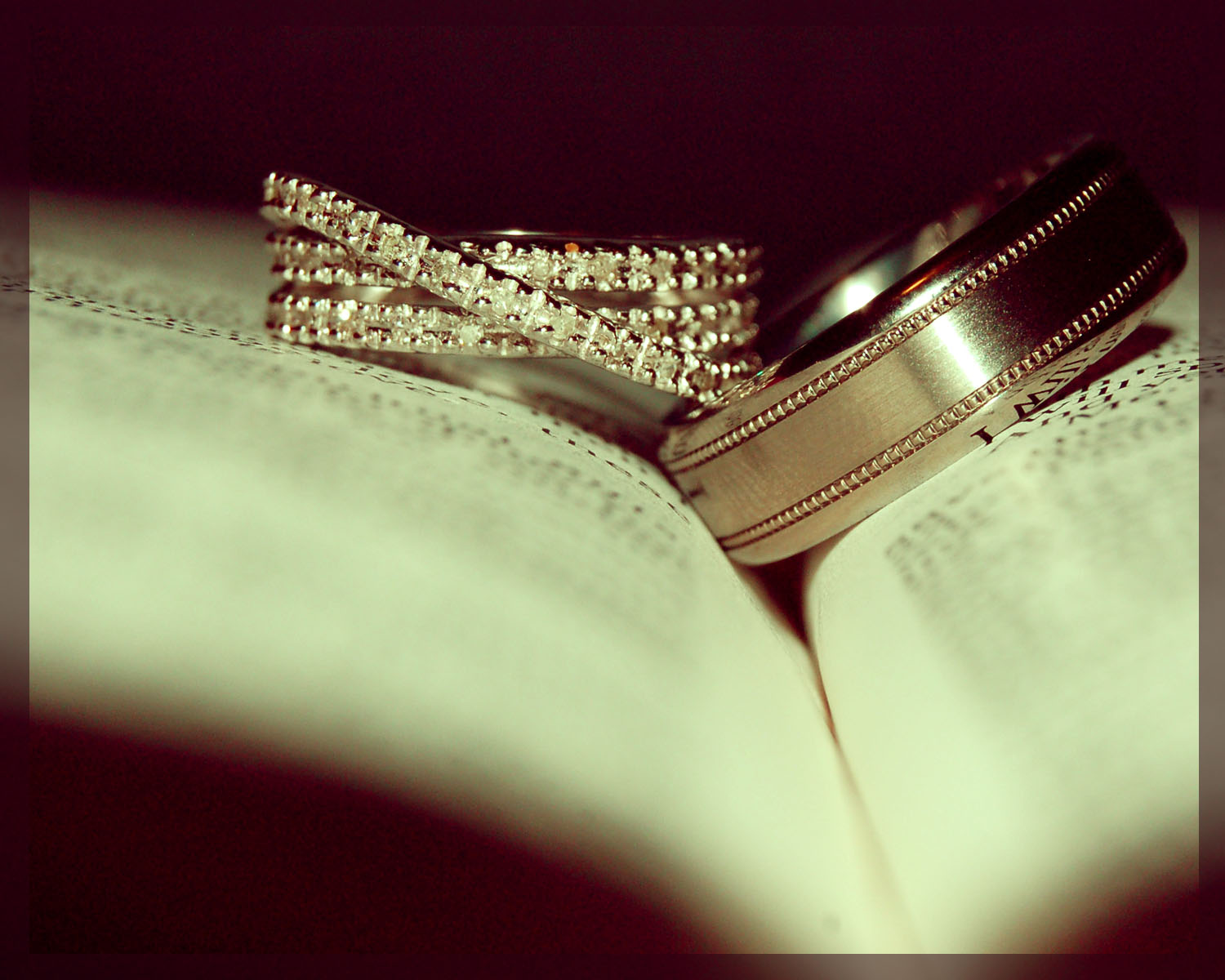 Marriage can be hard at times. A wise woman once gave me some good advice. She told me to pray down blessings on my husband’s head even when I felt like killing him.

I have remembered this advice many times when things have gotten – dicey.

No, I’ve never really considered killing him, but I have gotten pretty frustrated with him.

And there have been times that I just had to leave the room because I couldn’t stand being in the same room with him.

I never thought it could get to that point.

We have been through so much together. We made it through 4 years of unemployment with no income, 2 miscarriages, foreclosure, so much stress and anxiety that it almost caused each of us to have a nervous breakdown and then bankruptcy.

We survived all of that. Then the tension relaxed some. God changed everything for us. We found ourselves with $20,000 in savings (provided supernaturally), a job that paid more than we had ever made, and a nicer house than we had ever lived in. The pressure of poverty was relieved.

Even though things were better financially, and we felt more secure than we had been before, my husband’s faith had been damaged by all that we went through. He no longer knew what God might do next. He stopped trusting Him, talking to Him and studying His word.

I wanted him to be the high priest, the spiritual head of our family. And he was doubting everything he ever believed about God. Not a good situation.

When we hit Texas two years ago, we were reunited as a family (after a year’s separation because his job took him to another state), but our hearts were far from united.

I hate to admit it, but I did not have my usual amount of patience with him. When he said or did anything that I found insulting, offensive or insensitive, I left no holds barred. I told him what I thought about his insensitivity or impatience or anger or whatever fault I found with his behavior. That was a new thing, and he seemed rather surprised but not too perturbed by it. I think he was too numb to care. Or he was too stressed out to notice. He didn’t seem the least bit affected by it, and that made me even madder! Nothing I said was penetrating his consciousness, and it felt like he didn’t take anything I said seriously, so I started to lose hope that anything was ever going to get any better.

I have never felt as alone or hopeless about the future of our marriage or our relationship as I did then.

One day I was at the library, and I happened to be in the aisle that had books on marriage. I wasn’t particularly interested in reading about marriage. I was in the sulking stage of not caring since he didn’t seem to care. Honestly, I didn’t FEEL much of anything about him or about our marriage. I think I was looking for “Wild at Heart” by John Eldredge. I wanted it for Patrick. My eyes fell on another book written by John Eldredge called “Love and War”. He wrote it with his wife, Stasi.

It looked kind of interesting, and for some reason I felt compelled to check it out. Incidentally, I had just bought and read “Experiencing Father’s Embrace” by Jack Frost. I saw some parallels between Jack’s life experiences and anger and relationship problems and those I was observing in Gary. I asked Gary to read the book. I was completely surprised when he agreed to.

I halfheartedly started to read “Love and War” which was subtitled “Finding the Marriage You’ve Dreamed Of”. I read through most of the book and started to feel a little bit of desire to work on my relationship with Gary. I was at least convicted about all of the yelling I had been doing and the short fuse I was exhibiting for my children to see. Then I got to the last part of the book, and I started reading about spiritual warfare and how to fight the enemy when he is trying to mess with your relationship. BAM! That hit me between the eyes. I had forgotten about spiritual warfare.

I started to bind the enemy that was trying to destroy my marriage. I started to see some changes in Gary. He had been talking to a woman at work who said that her husband was a lot like Gary. The things that she said confirmed the things I had been saying to him. She wanted to meet me, and she wanted Gary to meet her husband. So one night we went to visit them. From our conversations with them, we came away with more desire and motivation to work on our relationship than we had before. We started to work together and talk about changes we needed to make.

I see some ADHD tendencies and behaviors in Gary. Things that have hindered communication and have been magnified since we came back together after being apart for a year.

He started to acknowledge some things and try to change his angry reactions and impatient, impulsive tendencies.

I also started attending a marriage class at church just to have something to do while I waited for Anna while she had worship team practice. What a coincidence, huh? We watched the movie “Fireproof” and started praying for our marriages. We started reading “The Love Dare”. I asked Gary to read it, too, and he said he would. I was shocked! One night he brought me flowers! Things are much better between us now. They have been steadily improving.

I also read the book, “Keep Your Love On”, by Danny Silk. It helped me to start seeing some things that I definitely needed to improve in, especially concerning communication.

But the thing that has been coming to me lately is that even at the worst, I really had no right to even think about giving up on our marriage. I should have been keeping at the front of my mind that I made a commitment before God and family and friends that we would stay together until death parts us. I had made a covenant with God, and that is never to be taken lightly. I repent of the thoughts I had and the low value I placed on that covenant I made with God and with Gary.

In the movie “Fireproof” they talk about the difference between a contract and a covenant. In a contract, one person agrees to do something as long as the other person does what they have agreed to do. But a covenant is different. In a covenant, each person vows to do what they say they are going to do, no matter what the other person does. In the movie, they use the illustration of a salt and pepper shaker that are glued together with super glue. Nothing can tear them apart without damaging the salt shaker or pepper shaker or both. Marriage is a covenant, not a contract. And the covenant is between the man and his wife and God. So it is more binding, and more sacred, than a contract.

So I should have been thinking about the covenant I made with God, even when I was not too crazy about Gary.

Now I’m able to pray for him while he sleeps. I pray with genuine love in my heart again. I pray with him while he’s awake. I’m not so impatient with his impatience or inconsiderate, impulsive behaviors anymore. I pray down blessings on his head.

The Lord gets all the glory, because I, in my own strength and my own love, was ready to throw in the towel. God led me along the path back to “felt” love for my husband.

If things are dicey between you and your spouse, remember the covenant you made with them and with God and ask God to help you get back to your first love. It may take a while, and there may be several steps along the way, but I am sure that He will lead you back to a relationship that is honoring to Him and is edifying to you and your spouse.

Hold onto your covenant.

Proverbs 5:18 Let your fountain be blessed, And rejoice with the wife of your youth.

Malachi 2:14 Yet you say, “For what reason?” Because the Lord has been witness Between you and the wife of your youth, With whom you have dealt treacherously; Yet she is your companion And your wife by covenant.

Malachi 2:15 But did He not make them one, Having a remnant of the Spirit? And why one? He seeks godly offspring. Therefore take heed to your spirit, And let none deal treacherously with the wife of his youth.

What God has joined together let no man put asunder.

Matthew 19:6 So then, they are no longer two but one flesh. Therefore what God has joined together, let not man separate.”

Remember your vows. Even when it’s hard to remember them.

Hold on tight to what is right. He will carry you through.