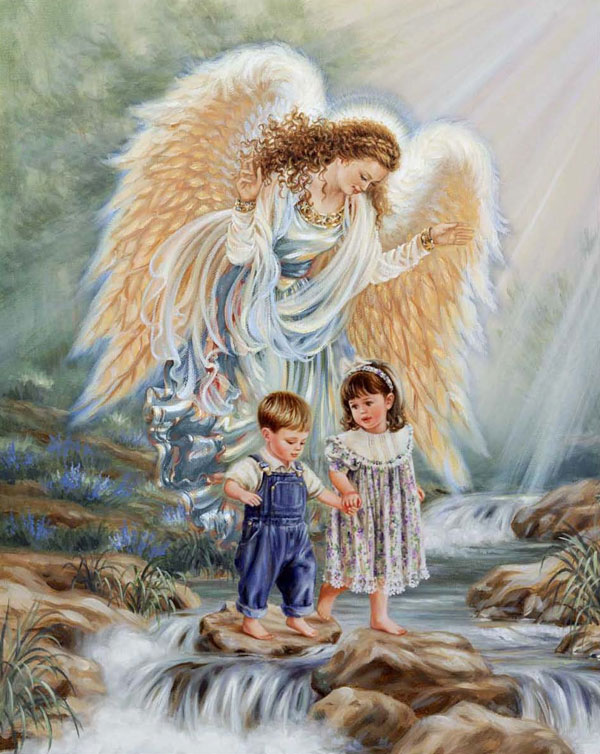 I’m thankful for the angels that were watching over us when we took Gary to the airport Monday night. Dangerous forces became apparent even before we got out of York. The car in front of us was having technical difficulties with its taillights. They went off for a while, then finally came back on. It was an old junker with an “Obama 08” bumper sticker on it. The driver switched to the left lane then came back into the lane in front of us. I started calling it the Obama car. It went pretty slow and kind of veered back and forth in the lane. Then, unfortunately, it turned onto the ramp to get onto the same highway that we needed to take. It didn’t accelerate like you normally do when merging onto a highway, so we had a little difficulty getting onto the highway, and it seemed that another car was in cahoots with the Obama car when it refused to get over at first so that we could get on. But our 12-passenger van proved to be a worthy opponent and it finally got over. Just as we got on the highway a gas truck went by spewing noxious fumes into the air. It was very obvious where the fumes were coming from as you could see the smoke rising into the air above the truck. The odor was almost overpowering. We were blocked behind it by the car that wouldn’t let us on and the Obama car. I started praying.

We finally were able to pass by the gas truck and away from the Obama car, and I prayed that they would not cause an accident. The rest of the trip to Baltimore was pretty uneventful. We made it to the airport. By the time we got there, I had to go to the bathroom so bad that I had to run in to use the airport restroom and couldn’t even say goodbye to Gary. (It’s an hour and a half trip, and I drank hot tea right before we left.)

Then it was my turn to drive back home. Shawn was with me, and the Holy Spirit prompted him to sing a medley of worship songs as we started out and found our bearings with the help of Alice, our GPS. It really soothed me and helped me to relax as we made our way through some pretty heavy traffic in some places even though it was the night after Christmas and a Monday. I was even able to hum and sing along with him even though driving in highway traffic takes all of my attention and usually stresses me out.

We had a nice peaceful trip all the way back to York (except for crossing 4 lanes of traffic at one point so that I could get off on a left exit within a couple of minutes of getting onto a certain highway!). But things went fine all the way to York until we got into the home stretch. A car on the street that I had to exit onto wanted to get on the highway that I was coming off of. It stayed right beside me so that I couldn’t get out of the lane that was going right back onto the highway I just came off of. I had my turn signal on so the driver knew I needed to get over in that lane, but it stayed right where it was. I got over because I had to. He swerved over and beeped at me then slowed down and got over into the lane I had been in. Sometimes it’s nice to have the bigger vehicle. But it was unnerving. I was thankful for the Lord’s protection all the way there and back. Our angels were working overtime to keep us safe on that trip.

I will be extremely grateful when we won’t have to make that trip just to get Gary back home to us. He will be with us all the time – right where he’s supposed to be. Thank you, Lord, ahead of time, for providing for us our own home in “the bounds of our habitation” that you have planned for us.