Doug Addison:
Fall into Place – Many People are Being Promoted 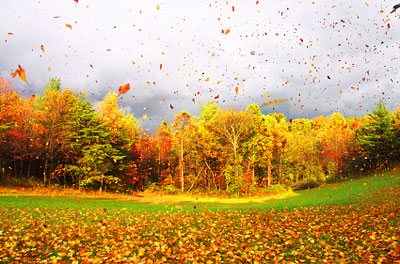 Last January I released my 2010 prophetic forecast about it being a year of radical change. “Resign, Reassign, and Realign,” was how I heard it from God. This has been a year of shifting and changing. Another part of what I received was that when we set the clocks forward (Daylight Savings Time) in the US, things will begin to “Spring Forward” in the spiritual realm, and when we set the clocks back in the fall, things will begin to “fall into place.”

We received a lot of positive feedback about the “Spring Forward” word. In my life and ministry we saw things dramatically increase just after March. We are approaching the time change on November 7th and I am totally expecting that the rest of this prophetic word will be accurate for me and many others.

We have been in a time of transition where the old ways of doing things are not as effective and the new ways have not been totally revealed yet. You can expect things to start to take more shape. I have actually been delaying some major decisions and projects until after November because we are in a time that God is releasing deep revelation.

Just before the Jewish holiday of Yom Kippur (September 18), I had a spiritual experience in which I was taken through a Jewish rite of passage. I and many others were being promoted to a new level. I was taken by surprise by the experience because the past few years have been very difficult. To be honest, it has not felt like I have been all that victorious since my ministry has suffered a lot of loss and setbacks.

God spoke to me that many people have a “condition of their heart” as a result of being wounded that in turn motivates their behavior and causes them to sin and miss their destinies. Others have “life situations” that negatively influence them and causes them to do the same. God looks at our hearts and judges us based on our motives and life situations, and He takes into consideration the difficulty and type of calling we are pursuing.

He also considers the demonic assignments and forces that have been against us. He looks at what we have done with what He has given us (as in the parable of the talents). He looks at our ability to love, be humble, and at the things that we have overcome for Him. As a result, judgment from God is not an easy pass or fail.

Prophetic word: “Many people may have thought they failed but are being promoted because of the enemy ‘overplaying’ his attack against them.”

We are in a shifting season where things will begin to move from transition to transformation. For many people, the transition time has been long and difficult. New strategies from Heaven are being released right now that allow us to be effective and prosperous over the next few years.

Prophetic word: “Your time of suffering and loss has come to an end. It is a time of repayment for all that has been lost.”

Joel 2:25 NIV, I will repay you for the years the locusts have eaten – the great locust and the young locust, the other locusts and the locust swarm – My great army that I sent among you.

It will be messy as well because God is pouring this new anointing out on people that may appear to not be ready in man’s eyes. This is a time to have extra grace as those who are suddenly promoted may appear to not have it all together at first. This is common, as it takes time to adjust to new levels of maturity. My prayer is that we will all have the ability to see what God is doing in the midst of one of the strangest outpourings of the Holy Spirit we have seen in a long time.

God, please give us eyes to see what You are doing and give us a heightened level of discernment and grace for ourselves and others. Amen.

I really believe this word applies to my family right now. We keep waiting for the Lord to deliver us out of this situation that could become a legal problem if we don’t get out of this house quickly, but it seems to drag on and on. But we’ve had dreams that let us know that our deliverance will come suddenly.

We are packing and doing what we can to be ready to leave quickly. Gary is putting his name in for jobs all over the country, even places we don’t necessarily want to go. We’re knocking on every door and asking God to only open the right one. We have 15 different moving companies calling us to see if we’re ready to move yet. As soon as we get the word, we are out of here.

This sudden change of weather is encouraging to us because of a dream Kelsey had. This lets us know that we will be on the road soon. It was winter and she saw snowflakes in her dream as we were driving along together in a van (thank you, Lord, for giving us a van!). I’m speaking that in faith. Calling things that be not as though they were.

And now winter has come early in North Dakota, Minnesota and all of the Upper Midwest. So we believe that means we will be traveling to our new place soon.

He told me several months ago that He would put us in the right place at the right time. And He also told me to be anxious for nothing. And He has given me the grace to do it.

I liked what the above word said about God’s way of judging us. He takes a lot of factors into consideration. And He knows all the little intimate details of what’s in our hearts. How could we ever dare to judge someone else when we don’t know even half of those kinds of details about someone else’s life.

Most of us have no clue what kind of demonic attack is coming against people. I know that there is way more demonic attack against us than I ever realized, and I’m so grateful that God is showing us how to fight against it and destroy the works of the evil one. We are victorious through Christ, and we are being promoted. We’re going from glory to glory! Take this word for yourself, and we’ll see you in the Promised Land!